Kelly sent me this email yesterday:

Sam backwashed in my in n out cup while I wasn't looking and I got to the bottom and sucked up a big piece of blue fruit snack, which had me stymied until Sam finally came clean under intense interrogation. Sick sick sick.
Posted by Beeswax at 10:20 AM 5 comments:


The branch manager at my office, Dennis Shoffner, put together a clothing drive for the homeless as part of a big Christmas party he and his wife put on every year. I think it's a great thing to do and a great way to make a difference. I'm grateful that he put it together so that we could be a part of it. Soooo, on Saturday morning, Ross, Jane, Sam and I went to the Mesa Marketplace Swapmeet (There's a whole 'lotta shoppin' goin' on per the TV ads) to find socks, gloves, toothbrushes, and blankets.
It wasn't too busy and it's all indoors so not cold either. The kids were out of their sweatshirts by the end of breakfast, which consisted of french toast, pancakes, toast, milk, hash browns, scrambled eggs and sausage. This swap meet wins awards in the New Times every year for best cheap breakfast or something. (My parents would say that Ikea is better, my wife would say it's not.)
We first found some old (think Houston Oilers) officially licensed NFL cotton gloves. They were brand new with tags and they were 3/$1 so we bought 102 pair. Sam and Jane also picked out some gardening gloves, Janes were pink and white and Sam's have little watermelons on them. I'm pretty sure we got the gardening gloves for free under the 'buy 100 of anything, get 2 free' policy. We took the gloves (in a large garbage bag) back to the car then turned our focus to socks.
We made a deal with a lady named Ginny (Virginia, like my mom) from Michigan for 100 pair of crew socks (not to be confused with tube socks), plus we bought a few for me and for Ross and Sam. I had promised the kids some ice cream so we hit the snack bar after that. (Note: Who knew they had beer at the swap meet?)
100 toothbrushes at the dollar store, plus 100 packs of gum. We then checked army surplus for blankets but they were really big. I did pick up a little something for my dad there so I can cross him off of my christmas list. The kids tried on military helmets and sam was asking to try on a gas mask but I talked him out of it. We looked at parachutes, tried on goggles, opened ammo boxes, looked at vintage GI Joes, and Ross and Jane had an interesting conversation about the bear rug hanging on the wall. It reminded me of the hangover conversation in "School of Rock" with Jack Black.

Ross: Look at that bear!
Jane: Is that a real bear?
Ross: No, but it used to be a real bear.

They had free suckers at the checkout so that made the trip complete.
Great job Dennis, for putting this whole thing together.

Once again we find ourselves enmeshed in the Holiday Season, that very special time of year when we join with our loved ones in sharing centuries-old traditions such as trying to find a parking space at the mall. We traditionally do this in my family by driving around the parking lot until we see a shopper emerge from the mall, then we follow her, in very much the same spirit as the Three Wise Men, who 2,000 years ago followed a star, week after week, until it led them to a parking space.
--Dave Barry
Posted by Beeswax at 9:04 PM No comments:

Here are Jane and Sam's school pictures. Jane is 5 and Sam is 3.
Ross's pictures didn't come yet for some reason. Stay tuned to this space for updates on that and other breaking news. 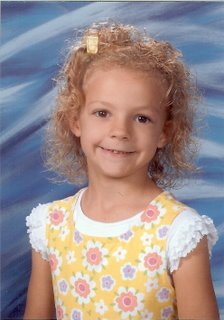 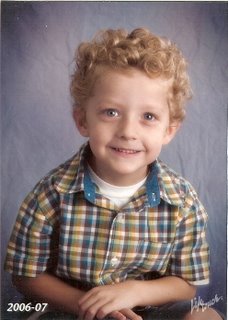 We went to Laytons and Beesons last night, so the kids saw 4 grandmas. Grandma Taylor and Grandma Mareen at Laytons, and Grandma Binger and Grandma Gini at Beesons. The kids have one more grandma, Grandma Layton, but she was not in town yesterday so she didn't get in the way of the camera. 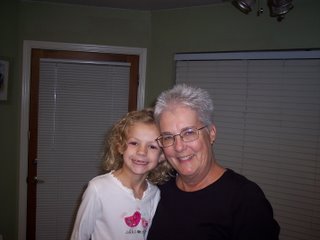 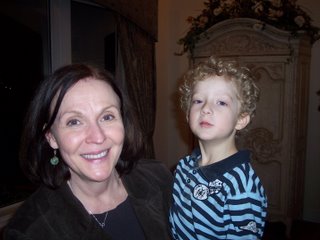 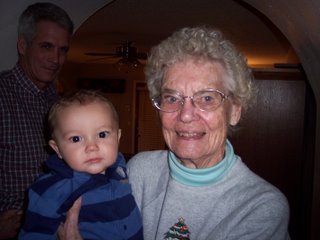 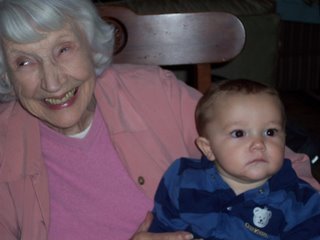 Tommy with Grandma Verna Taylor
Posted by Beeswax at 8:25 AM No comments: