No news is good news

Here I am, blogging right now. Look at my hair. 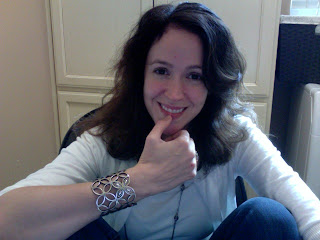 This is how it looked when I woke up this morning.
It felt mildly miraculous, so I didn't brush it or anything.

Fine. Is maybe possible that it looks okay because I only slept on it for four hours, as last night was book club night.

So, I'm here because of the news. Normally, I don't read the news. I know you won't think that is cool, especially if you read the news all the time. But I'll tell you, it gets me down. One of the reasons I have a history degree is that HISTORY IS OVER, and time gives us perspective and breathing room to talk without getting sweaty pits and yelling at one another, usually. In the news, everything is sold as the end of the world, but if you know your history you'll know that nothing ever really has been the end of the world. (Yet.) And if something WAS going to be the end of the world, I would bet against the news guessing that thing right.

Anyway, my news binge started with innocent googling of polls in the presidential race, and then there was some reading on how polls work, and that was really interesting. But then I got sucked into election news, and then there was Sandy! So you know, I felt like I should check that out. (Was only me being a compassionate citizen. Was nothing like rubbernecking).

But then I found out Paul Newman died. In 2008. And I was in mild mourning because he was, you know, foxy, and also, Cool Hand Luke. I mean, that was a lot of eggs, even in 1967. Plus, all the salad dressing for charity!

I was out of control. There were so many celebrities with problems. Lady Gaga has an eating disorder! That guy on How I Met Your Mother who is living with that girl who had Heath Ledger's baby had to move out of their fancy new Brooklyn apartment that got flooded, and move into their fancy old apartment that was on higher ground! The horror! So many stories about Christina Aguilera that I didn't click on, because I don't give a fig about Christina Aguilera or that guy who strokes the cat.

I even went Euro. Did you know that Sicily has 26,000 auxiliary forest rangers? And the the forests of British Colombia have fewer than 1,500? Is too many rangers, Sicily! Is an embarrassing amount of rangers! No wonder Germany is so ticked.

And then a baby got eaten by wild dogs at a zoo, and I was like, noooooooo. Don't tell me about the babies! I seriously can't handle the babies.

But still,  it wasn't over. One day,  I listened to talk radio. The angry kind.
And I liked it.
Don't tell Jake. He'll never let me live it down.

And now, I feel sort of dirty.
From all the news.


Feel free to leave me comments to welcome me back to the internets! I've missed you!
Posted by Beeswax at 4:07 PM 7 comments: